The sixth , and 2nd last, season of HBO`s True Blood introduces several  new story lines that threaten what little sense of normalcy remains in Bon Temps. After the explosive events of Season 5 finale The Authority is in flames, and the vampire`s lifeline True Blood is in short supply. Bill (Stephen Moyer) must find a way to come to terms with his newfound powers after emerging reincarnated from a pool of blood. Meanwhile Louisiana’s governor, in league with an old foe, has declared war complete with novel anti-vamp weapons and a high-tech internment camp established to wipe out the vampire race forever. Sookie (Anna Paquin) and Jason ( Ryan Kwanten) are faced with their own challenge as they must steel themselves for their long awaited encounter with their parents’ killer, the mysterious and ancient Warlow, as he comes looking for his prize. 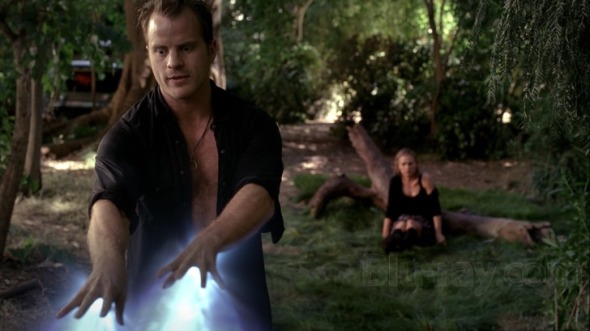 END_OF_DOCUMENT_TOKEN_TO_BE_REPLACED

Marty Kaan (Don Cheadle) and the Pod return for a new season of mischief, mergers and mayhem in the second season of Showtime’s House of Lies, now available on DVD. After the devastation of the sexual harassment scandal at the end of season one, Galweather Stern re-emerges under the leadership of new interim CEO Julianne Hofschrager (Bess Armstrong). The Pod goes through entanglements of its own as Jeannie (Kristen Bell) and Marty struggle to remember the details of their drunken hookup, Clyde (Ben Schwartz) struggles to retain his freewheeling ways and Doug (Josh Lawson) finally finds a girl to settle down with. On the homefront, Marty has to cope with the loss of his son Roscoe (Donis Leonard Jr.) as he moves in with his mother, Marty’s Ex Monica (Dawn Olivieri) and the strain that puts on the relationship with his own father (Glynn Turman).

Along for the ride this season are guest stars Nia Long as an old flame/rival of Marty’s, Adam Brody emerges as a suitor for Jeannie and Jenny Slate takes on the role of Doug’s better half Sarah. They have the unenviable task of cracking one of the best ensemble casts on television right now, END_OF_DOCUMENT_TOKEN_TO_BE_REPLACED

‘The Newsroom’ crackles with life on Blu-ray 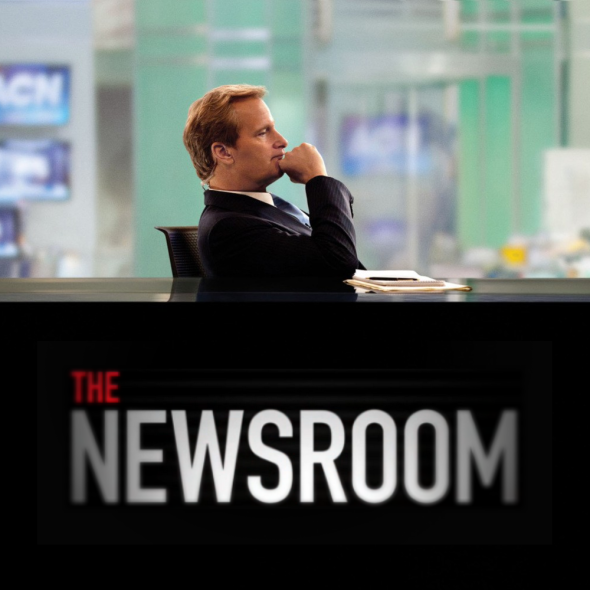 TV veteran Aaron Sorkin returns with a new show, his first since the ill-fated yet excellently written Saturday Night Live take off “Studio 60 on the Sunset Strip”, and this time he has taken his take on the inner workings of a network TV newsroom to the friendly confines of HBO with “The Newsroom”. The hit HBO show recently returned with its second season on the cable giant, so let`s delve in to the first season set to see if it`s worth your hard earned dollars.

Aaron Sorkin’s latest drama is set at a fictional cable news channel where anchor Will McAvoy (Jeff Daniels) leads a group of reporters and staff striving to make a hard-hitting news program. After a recent blow up at a college lecture, anchor McAvoy returns to work to find that his support team, minus a handful of devotees, are all fleeing to the late night news program. McAvoy also inherits a new producer, his former flame MacKenzie McHale (Mortimer) and number one Jim Harper (Gallagher Jr), who is immediately smitten with Maggie Jordan (Pill). Also in the newsroom is Neal Sampat (Patel), late night producer Don Keefer (Sadoski), gorgeous and brilliant business reporter Sloan Sabbith (Munn) and the man over seeing it all Charlie Skinner (Waterston). 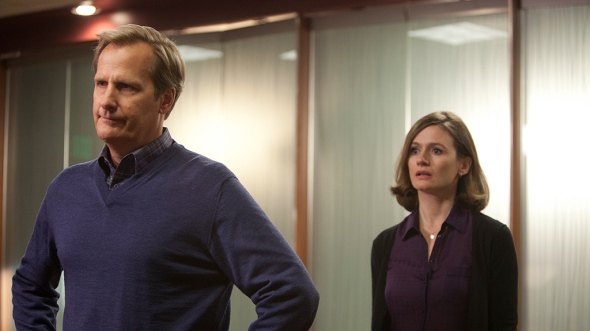 END_OF_DOCUMENT_TOKEN_TO_BE_REPLACED

New on Blu-ray from HBO Home Entertainment is the latest season from HBO’s smash hit supernatural series “True Blood” with the release of Season Five. The show has garnered fans and acclaim with its very adult and racy take on the world of Vampires, Werewolves, Shapeshifters, Witches and other supernatural phenomenon, but also takes hints and inspiration from other shows and movies to mix into its blend. But is this season worth your purchase money? 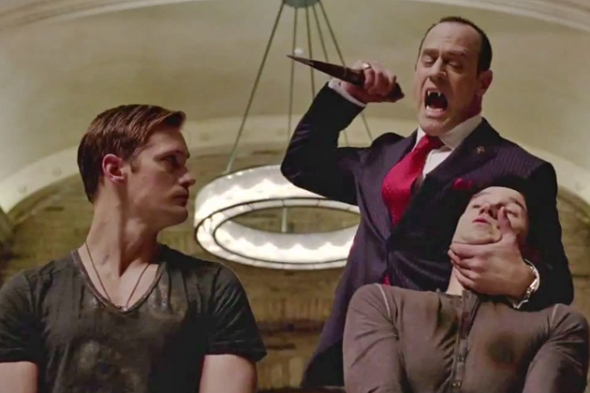 END_OF_DOCUMENT_TOKEN_TO_BE_REPLACED

‘The Bible’ miniseries is a jam packed Blu-ray

From executive producers Mark Burnett (Survivor) and wife Roma Downey (Touched by an Angel) and Fox Home Entertainment comes the near 7 ½ hour TV miniseries in a 4 disc Blu-ray set, The Bible. The sprawling epic series played earlier this year on the History Channel in 10 1 hour parts and now arrives in a Blu-ray set for the purchase. With further plans now in place for a 3 hour theatrical release about the life and times ofJesus Christ from this same team, the question is do they manage to pull this ambitious project off?

‘Veep’ is one candidate worth supporting on Blu-ray

New to Blu-ray from HBO Home Entertainment is the new series from the creator of the similarly politically charged “The Thick of It” and “In The Loop” Armando Iannucci, Veep. Starring “Seinfeld” vet Julia Louis-Dreyfus and a handful of improv veterans like Tony Hale and Matt Walsh, Veep has all the quick witted retorts and lightning fast dialogue that has become a trademark of Iannucci productions, but also features the slapstick sensibilities of SNL vet Louis-Dreyfus as well. Set in the ‘other offices’ not in the white house, Veep explores the desperation and idiosyncrasies of a power hungry woman that cannot manage to escape the mediocrity that surrounds her position.

END_OF_DOCUMENT_TOKEN_TO_BE_REPLACED

With this Sunday’s (Mar 3) episode bringing back uber fan favorite Morgan Jones (Lennie James) and the appearance of comic book favorite Tyresse (Chad L. Coleman), even if he’s working with David Morrissey’s Governor for now, the influx of new characters has been on the rise for this season’s “The Walking Dead”. Even Axel (Lew Temple), with his short stay, was another character who managed to work his way in from the original comic book once the prison came into play. But the comic book just recently went past 100 issues (107 as of this article) and the group is in a much different place. END_OF_DOCUMENT_TOKEN_TO_BE_REPLACED

The Trailer Park Boys get ‘Drunk and on Drugs’ on dvd

The Drunk and on Drugs Happy Funtime Hour DVD Review

The seven episode series centres on Warwick Davis, or a fictional version of him, who is one of Britain’s preeminent dwarf actors, or at least END_OF_DOCUMENT_TOKEN_TO_BE_REPLACED

New on DVD from Fox Home Entertainment is the first season of the new series from Heroes creator Tim Kring, Touch. The mid-season replacement from earlier this year is another high concept production from Kring, this time focusing between the relationship of a father and his son. But of course with Kring things are never quite that easy.

Martin Bohm (Sutherland), a former reporter who now works at the airport END_OF_DOCUMENT_TOKEN_TO_BE_REPLACED New this week from Starz Network and Anchor Bay Entertainment comes the first season of the acclaimed series Magic City. The lavishly conceived and staged production set in 1959 Miami Beach is a crime ridden gangster drama with a gloss and charm set to draw you in and make you stay a while. Producer Mitch Glazer used recollections, both fantasy and fact, to craft this series based on the Miami Beach he knew growing up. But does Magic City hold up with the quality of other contemporary cable shows?

As Ike Evans (Morgan) rings in the New Year, with the Chairman of the board himself Frank Sinatra crooning in the Grand Ballroom…

From Anchor Bay Entertainment and Starz Network in the US, The Movie Network for us up here in Canada, comes the long awaited second season follow up to Spartacus: Blood and Sand, Spartacus: Vengeance. After the illness that sadly took the life of season one star Andy Whitfield, and the prequel production Spartacus: Gods of the Arena, Liam McIntyre steps into the sandals of our lead Spartacus and throughout the course of the season leads a furious bunch of rebels out for revenge against the Romans after events of season one. But is McIntyre capable of taking over the iconic role?

After the bloody escape from the House of Batiatus that concluded Spartacus: Blood and Sand, the gladiator rebellion has erupted and begun to…

One of the hottest shows on television today, out on DVD and Blu-Ray this week from AMC and Anchor Bay Entertainment is The Walking Dead Season 2. With all the behind the scenes turmoil involving the release of co-creator Frank Darabont mid-season as show runner, many people wondered if the show would suffer in quality because of his departure. Fortunately the second season proves that the dead are still running strong.

Starting perched on a lonely rooftop, walkie talkie in hand, Rick Grimes (Lincoln) recaps briefly the recent events from the final episodes of Season 1 over the device, aimed at reaching the man who helped him…