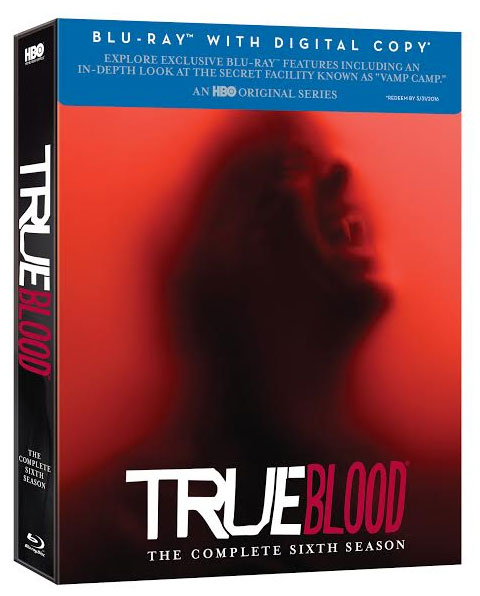 The sixth , and 2nd last, season of HBO`s True Blood introduces several  new story lines that threaten what little sense of normalcy remains in Bon Temps. After the explosive events of Season 5 finale The Authority is in flames, and the vampire`s lifeline True Blood is in short supply. Bill (Stephen Moyer) must find a way to come to terms with his newfound powers after emerging reincarnated from a pool of blood. Meanwhile Louisiana’s governor, in league with an old foe, has declared war complete with novel anti-vamp weapons and a high-tech internment camp established to wipe out the vampire race forever. Sookie (Anna Paquin) and Jason ( Ryan Kwanten) are faced with their own challenge as they must steel themselves for their long awaited encounter with their parents’ killer, the mysterious and ancient Warlow, as he comes looking for his prize.

True Blood`s season 6 starts off with a disappointing whimper after the stunning cliff-hanger from season 5 that promised to change everything, but really changed nothing. The season falls into the same familiar trappings that previous seasons have with the first half being devoted to slow and deliberate character building leading up to the final few episodes where the proverbial shit hits the fan and leaving everyone with yet another cliff-hanger for the following season. That`s not to say that some of the events have great impact, some very familiar characters do no live through the season, but it’s a cycle most True Blood fans have been through before. The handling of Bill`s resurrection from the finale from season 5 is basically shrugged off in favor of putting everyone back into familiar roles.

Paquin`s Sookie must be the most desired female in history based on how many suitors still clamor over her, and this season adds yet another suitor to the mix in a storyline that feels like were are retreading on familiar territory. The one thing the season hints at that works is resolving the conflict between the humans and vampires  of Bon Temps t and the teaser at the end of this series seems to heading to a greater war between vampire clans that will leave the humans in the middle. This will hopefully lead into a more epic final season where we get less filler and more action. 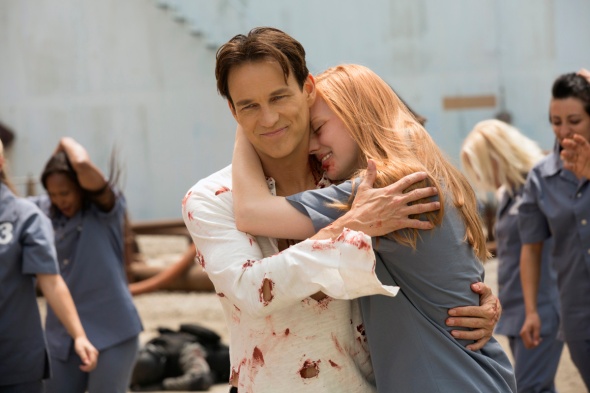 Most of the action of the second half of the season surrounds the governor`s attempt to kill off all vampires with the poisoning of new batches of Tru Blood as they head out to market. This also includes an interment facility where most of the rest of the vampire cast find themselves incarcerated. The wolfpack spends it`s time tracking down Sam (Sam Trammell) and Luna`s daughter Emma, believing the wolf daughter belongs with them and not Sam and his new flame Nicole. The cast are all set into motion here within parameters they have all been though before. But of the cast, newcomers Rutger Hauer, Jurnee Smollett-Bell and Arliss Howard along with Todd Lowe and Deborah Ann Woll deliver standout performances. Robert Kazinsky falls flat though as the new love interest/big bad for the season, though he really isn’t given a lot to work with as the script does him no favors. His mysterious Warlow, who we are not supposed to know his true identity at first, is blatantly obvious from the first time he appears and the audience spends most of the season waiting for him to turn on Sookie and the others.

True Blood Season 6`s Blu-ray is a packed affair, as all HBO home video sets seem to deliver the goods, with a plethora of special features to indulge in. They include commentaries, character histories and bios, a complete breakdown of the mysterious research facility that dominates the second half of the season and much more.

For True Blood’s sake the series finally heading to a close in its seventh season must just be the best decision the show’s creator Alan Ball has made. Season 6 is sadly the most disappointing of the series run to date, but hopefully season 7 has the show going out with a bang instead of a whimper.