Walter Mitty (Ben Stiller) lives life through his daydreams, but when his job at the iconic Time Magazine (along with that of all of his co-workers including the beguiling Cheryl played by Kristen Wiig) is to be phased out for the new all-digital edition, Walter must jump to action in the real world. Walter embarks on a global trotting adventure more extraordinary than anything he could have ever imagined, in search of the one man who may be able to bring closure Walter’s final days at Time.

A passion project of director/star Ben Stiller’s, The Secret Life of Walter Mitty is a visually stunning piece of work that has a strong heart to the story and a really likeable cast. Stiller is great as the goofy dreamer Mitty and Wiig shines as the single mother that becomes his object of affection. The pair has some solid chemistry between the pair and that helps ground the film through all of its flights of fancy. The film features a glorified cameo from Sean Penn that works very well, and Adam Scott’s turn as the villain of the piece is full of awkward awesomeness. END_OF_DOCUMENT_TOKEN_TO_BE_REPLACED

Anchorman 2 is less a movie than a series of thinly connected sketches. Fortunately, a lot more of the gags are successful than not and contain many laugh out loud moments. Playing into this is the fact that director Adam McKay likes to simply let the camera run, evidenced by the fact that there was enough material to release an entirely different ‘super-sized’ version in theaters and on this Blu-ray on top of an extended and theatrical cut. McKay doesn’t appear to do much directing here at any point, all of these actors have been cultivating these characters for nearly a decade now. END_OF_DOCUMENT_TOKEN_TO_BE_REPLACED

‘Despicable Me 2’ is less engaging, but delivers plenty of laughs 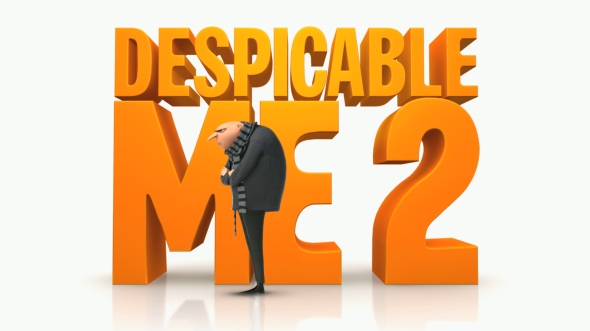 The writing and directing teams behind 2010’s smash hit “Despicable Me” have returned, minions in tow, with a follow up that furthers the transformation of former super villain Gru into all around good guy in “Despicable Me 2”. Universal and Illumination studios definitely know what worked best the first time around and have spent the time in the sequel to advance those storylines instead of just rehashing the original’s premise.

In Despicable Me 2, Gru (Carrell) is recruited by the Anti-Villain League, rather forcibly by agent Lucy (Wiig), to help deal with a powerful new super criminal. The mission has Gru going undercover to find out who has taken a very deadly substance inside a shopping mall. Of course Gru’s minions and girls, Margo (Cosgrove), Edith (Gaier) and Agnes (Fisher), are all back attempting to help him out, and help him find love in the process. Meanwhile, Margo’s first boyfriend has Gru seeing red. END_OF_DOCUMENT_TOKEN_TO_BE_REPLACED