Originally published in the Bloor Cinema column for DORK SHELF

Far Out Isn’t Far Enough is the story of a fascinating artist who never compromised his vision even when it meant the children’s literary world completely excised him. Reminiscent of the brilliant Wayne White documentary from last year, Beauty is Embarrassing, Far Out brings us another eccentric, reformed, and solitary man who chose to step back from his limelight and accolades. While not as accomplished or engaging as the Wayne White documentary, Far Out still tells a great story. With the multitude of drawings and artwork the filmmakers have to pull from, the picture has a fantastic and vibrant look.

Fellow author the late Maurice Sendak, of Where the Wild Things Are fame, calls Ungerer one of his greatest influences. Hopefully Far Out Isn’t Far Enough is ‘far enough’ to influence a new generation to put pen to page.

Back in 1989 a horrendous attack in New York’s Iconic Central Park shocked New Yorkers and captivated people worldwide. The attack and the following investigation involving corruption, deceit and intrigue has become the stuff of legend. Documentarian master Ken Burns teams up with his daughter and son in-law to tell the story of the 5 teenagers convicted and jailed for the crime, and their journey to redemption, in “The Central Park 5”. Starting Christmas Day, The Bloor Hot Docs Cinema in Toronto begins an exclusive theatrical run of the film with additional screenings over the next 2 ½ weeks.

The film examines the infamous 1989 Central Park Jogger case, where a young white woman was raped and brutally END_OF_DOCUMENT_TOKEN_TO_BE_REPLACED

After a triumphant set of screenings at this year’s Hot Docs Film Festival this past April, Jason Becker: Not Dead Yet makes it return to Toronto screens when it starts Friday Dec 12th at the Bloor Hot Docs Cinema. Not Dead Yet is the inspirational story of one man’s fight and struggle to continue making music after a debilitating disease strikes him down at a young age.

Jason Becker: Not Dead Yet

Jason Becker was already a gifted musician before he hit his teens. In 1989 when doctors diagnosed the then 19 year old with Lou Gehrig’s disease (aka ALS) he was an international virtuoso about to join David Lee Roth as lead guitarist for Van Halen. He had also released a solo album and a debut album END_OF_DOCUMENT_TOKEN_TO_BE_REPLACED

What discoveries will “The Fruit Hunters” have for you….. 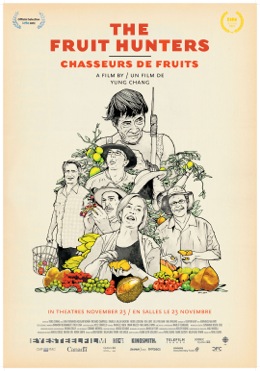 After a highly successful Toronto debut screening as part of last week’s Toronto Reel Asian Film Festival Richmond Hill program, Yung Chang’s The Fruit Hunters starts an exclusive engagement this weekend at the Hot Docs Bloor Cinema. The film about people obsessed with seeking out and growing exotic fruits from around the world spans the globe in search of these hidden treats and director Chang introduces us to people of all nationalities. From the South American trying to save the banana business from extinction to the Hollywood celebrity trying to launch a community orchard in the Hollywood Hills, we are invited into all of these stories through Chang’s lens.

END_OF_DOCUMENT_TOKEN_TO_BE_REPLACED

Written and Directed by Heidi Ewing and Rachel Grady

The once bustling city of Detroit is a shadow of its former self. Starting back in 2010 when the economic downturn was in full swing, Detroit went from downturn to depression in a heartbeat. With the closures of local automobile production plants, the heart of Detroit’s manufacturing industry, other key business people started leaving Detroit in droves. Once one of the fastest growing cities in the world, Detroit now ranks among the highest cities in lost population over the last couple of years. While the families have moved on, the younger generation of bloggers and performance artist have now claimed it due to cheaper housing and access.

Detropia starts before the economic buyouts that turned around the auto industry in Detroit. These were the leanest of days, focusing on the few that stayed fighting and trying to rally the…

The Story Of Film Preview

The Story of Film: An Odyssey

Written and Directed by Mark Cousins

Last year Mark Cousins in conjunction with the BBC brought us a 15 part epic series entitled The Story of Film: An Odyssey. Starting last weekend and continuing through to November The Hot Docs Bloor Cinema is presenting the entire series in 2 part chunks on Sunday nights with replays on Tues nights, only taking a break to present the Toronto After Dark Film Festival in late October. Starting from back at the turn of the 20th century, The Story of Film attempts to present the most complete version of the history of film production put forward. Not content to just focus on the Hollywood scene, Cousins spans the globes for the most influential films and filmmakers of their time and presents their stories in detail.

The first two episodes cover the start of film, from the…