Originally published in the Bloor Cinema column for DORK SHELF 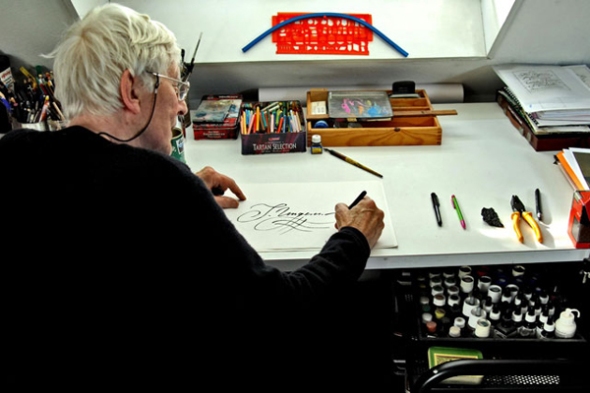 Far Out Isn’t Far Enough is the story of a fascinating artist who never compromised his vision even when it meant the children’s literary world completely excised him. Reminiscent of the brilliant Wayne White documentary from last year, Beauty is Embarrassing, Far Out brings us another eccentric, reformed, and solitary man who chose to step back from his limelight and accolades. While not as accomplished or engaging as the Wayne White documentary, Far Out still tells a great story. With the multitude of drawings and artwork the filmmakers have to pull from, the picture has a fantastic and vibrant look.

Fellow author the late Maurice Sendak, of Where the Wild Things Are fame, calls Ungerer one of his greatest influences. Hopefully Far Out Isn’t Far Enough is ‘far enough’ to influence a new generation to put pen to page.

This entry was posted on August 31, 2013 by moviejunkieto. It was filed under Documentary, Reviews, Theatrical and was tagged with Bloor Cinema, Children's literature, Far Out Isn’t Far Enough, Maurice Sendak, Tomi Ungerer, Ungerer, Wayne White, Where the Wild Things Are.