Catch ‘Mistaken for Strangers’ before it leaves town 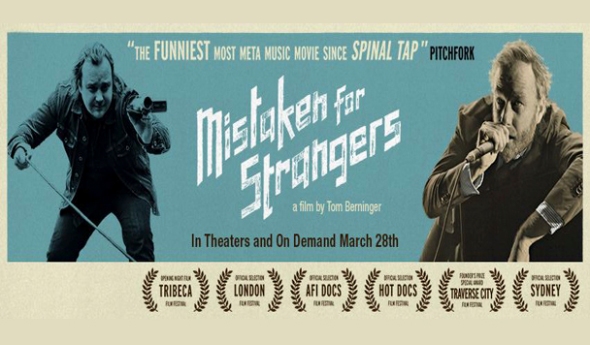 It’s 2010 and indie rock band The National is set to embark on their largest international tour to date. Enter lead singer ’s younger brother Tom, a wannabe horror filmmaker with aspirations to make a documentary film about the band. Starting out with large ambition and grand ideas, and starting with Matt’s full support, it’s not long before Tom’s tour roadie position is hanging by a thread due to his constant by slacking off on the job, getting drunk and overall lack of ability. What starts out as a candid music doc ends up going in a completely different direction, delivering an earnest, behind-the-scenes look at Tom’s endeavours and subsequent departure, but the question becomes will Tom be able to salvage his film?

Mistaken for Strangers may be one of the best stories about brothers captured on film. Tom may not have started out wanting to include himself into the film, but eventually his own antics and screw ups became too difficult for the director to ignore and he discovered the real film within his footage. This discovery also plays out over the course of the film’s last act, a rare glimpse into what goes into developing a film beyond the filming stages. 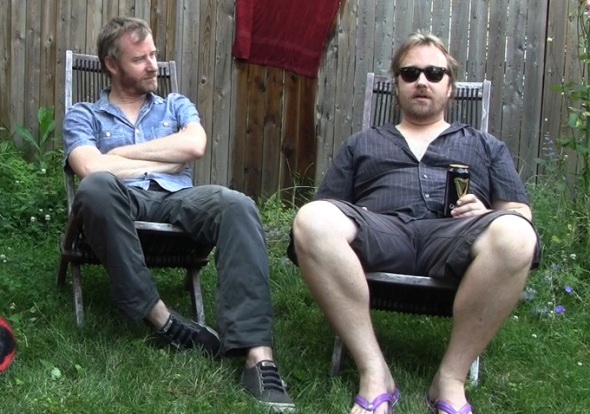 The music is great and the very non-rockstar  type of life the National leads , Tom keeps wondering where the trashed hotel rooms and other drunken debauchery is, shows how most real bands determined to make their name on the road operate. This is a real workman like group, rambling down the streets from gig to gig on a deluxe sleeper tour bus, and Tom sticks out like a sore thumb with his heavy metal roots and party lifestyle.

In the end, Mistaken for Strangers is a story about and older brother’s love for his unmotivated yet lovable schlub of a younger brother and his attempts to help his realize his filmmaker aspirations. Tom’s earlier schlocky low budget horror films may never see the light of day but Mistaken for Strangers, all rough around the edges and unprofessional as Tom is himself,  is a special film everyone should be on the lookout for. 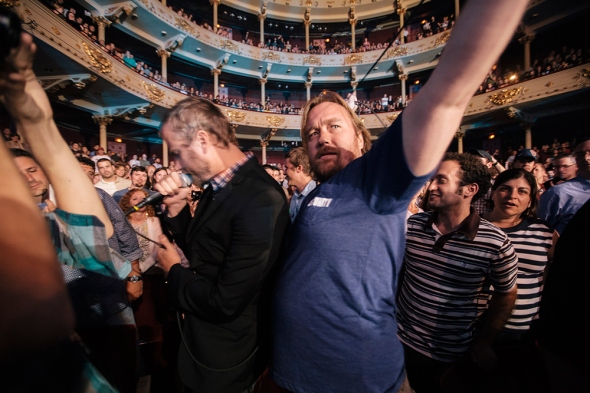 This entry was posted on April 15, 2014 by moviejunkieto. It was filed under Documentary, Reviews, Theatrical and was tagged with Bloor Hot Docs Cinema, Matt Berninger, Mistaken for Strangers, The National, Tom Berninger.