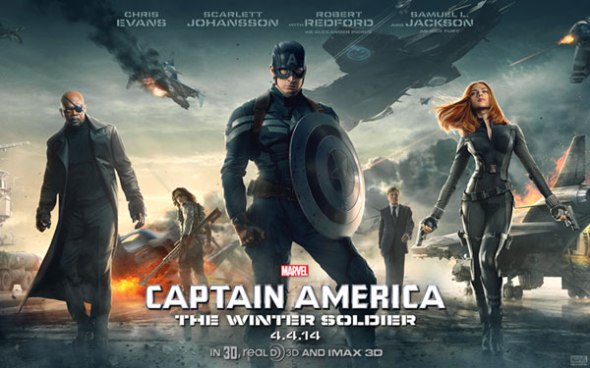 Getting too much farther into the plot and script of this story will spoil major plot points of the film and its impact on the Marvel universe, the same could be said for the main characters as well. Evans, Johansson, Jackson and Cobie Smulders have all had multiple films now to grow accustomed to their roles and they easily slip back into the skin of their alter egos. Mackie proves to be a good addition to the film as he is finally playing a character that he can adjust comfortably to. But the most welcome addition to the cast comes in the form of the stellar Robert Redford. Redford seems to really have been captivated by the character of Alexander Pierce as he takes the character over and delivers a very strong performance.

Everything about the film seems to work extremely well. The effects work is solid, the performances are great and the fight scenes are fantastic. In particular the siege on the freighter by Cap and the tactical assault team at the beginning of the film is shot expertly and ends with a great fight between Captain America and baddie Georges Batroc (Georges St. Pierre). The relatively untested Russo brothers (known mainly for their work on Community) show a surprisingly adept hand at directing action behind the camera.

With Captain America: The Winter Soldier, Marvel has taken a massive step towards the next part of their epic storyline and has set up Avengers: The Age of Ultron with many unanswered and burning questions. The lead up to next summer’s blockbuster should prove to be enlightening as to how certain storylines will develop and with Marvel set to go to the far reaches of space with their next effort, August’s Guardians of the Galaxy, who knows how things will all come together. It certainly has left the series in a more interesting position than before the film.