TIFF highlights the films of Chris Marker with a mini retrospective 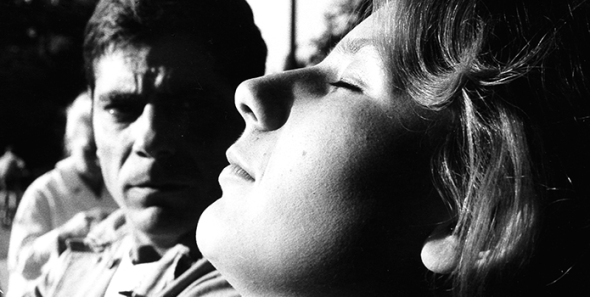 Starting at the TIFF Bell Lightbox, as a compliment to TIFF ‘s exhibition of Chris Marker’s photographs as part of the Scotiabank CONTACT Photography Festival, is a mini-retrospective of the films from the heavily influential French Filmmaker himself entitled ‘Films in Remembrance of Things to Come: Works by Chris Marker’. Starting May 16 and running through the Sunday of the long weekend, May 19, the collection of films features a single screening for each and starts each night at 6:30. For some of these works the opportunity to see them on the big screen is extremely rare as some have only recently been restored after the passing of Marker last year.

Playing at the TIFF Bell Lightbox

The retrospective starts with one of perhaps his more widely known and easily attainable works with ‘Sans Soliel’. The ‘film essay’ that traverses the globe and deals with time,

This entry was posted on May 19, 2013 by moviejunkieto. It was filed under Reviews and was tagged with A grin without a cat, Arts, Chris Marker, La Jetee, Marker, Movies, Sans Soliel, Tagged Image File Format, Tiff Bell Lightbox.