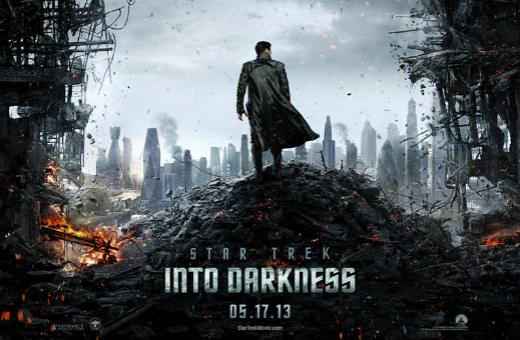 Arriving in theaters this weekend is the follow up film from J.J. Abrams to his 2009 eponymously titled reboot of the ‘Star Trek’ franchise, Star Trek Into Darkness. The film has been under heavy guard  with cast members sworn to protect the secrets of the film as to not ruin any of the twists that lie ahead. Looking to rule the box office this weekend, with phasers set to stun the competition, will Star Trek Into Darkness be able to boldly go past Iron Man 3, this year’s early box office champ? 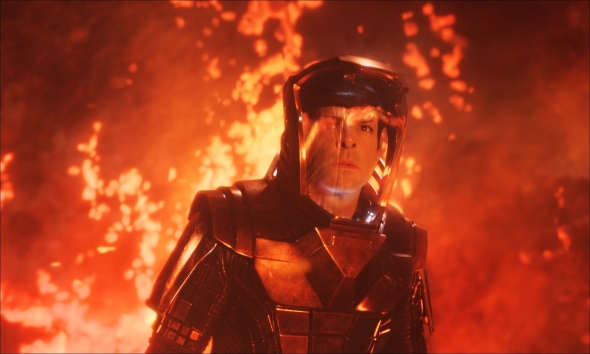 When the crew of the Enterprise is called back home after defying Starfleet protocol, they find an unstoppable force of terror from within their own organization has attacked the fleet and everything it stands for, leaving our world in a state of crisis. With a personal score to settle Captain Kirk (Pine) leads the crew of the Enterprise, including first mate Spock (Quinto), Dr. Bones McCoy (Urban) and the rest of the returning regulars, on a manhunt to a war-zone world to capture a one man weapon of mass destruction. As our heroes are propelled into an epic chess game of life and death, love will be challenged, friendships will be torn apart, and sacrifices must be made for the only family Kirk has left, his crew. 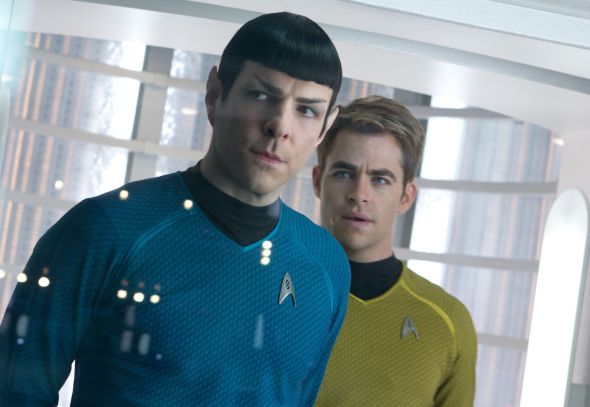 Star Trek Into Darkness capitalizes on the chemistry cultivated in the first film while launching the Enterprise crew into a new full scale adventure. The script adeptly straddles the line between enticing new fans and bringing new aspects of character and especially comedic relief to the screen, all while adding in nods and outright homages to the films of the past. The majority of the story takes place on Earth or the space surrounding the planet as well as the home world of a certain classic foe for Captain Kirk and Starfleet. Introducing this foe at this stage serves to set forth the direction that future films may take with regards to its adversaries. That said the film is also very much a remake of one of the Enterprises’ earlier adventures, but because of the effects of the first film splitting the universe in to an alternate reality the story can be told in a completely different way. 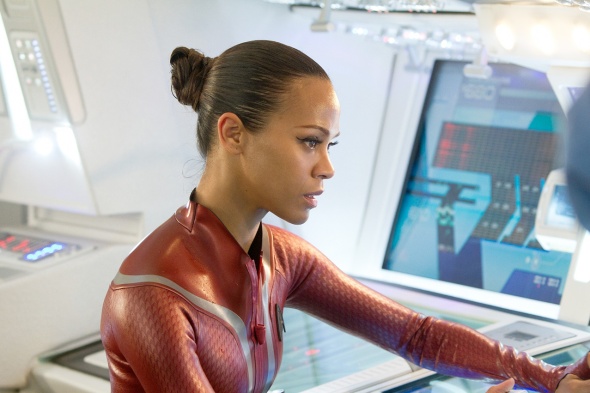 As good as Pine is at playing Kirk its Quinto’s interpretations of Spock that marvels as he is finally out of NImoy’s shadow and he flourishes in the role. Quinto nails the cadence and reactionary motions that make Spock so unique but he also adds an emotional level to an un-emotional character that has not been present in previous films. The progression of relationship between Spock and Saldana’s Uhura is also something new and fresh for the franchise. Karl Urban continue to amaze with his brilliant turn as Bones McCoy and the rest of the Enterprise cast are solid once again. 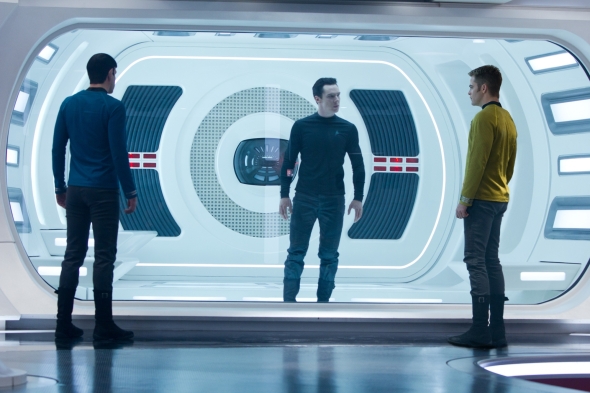 But the film really jumps off the screen with the brilliant performance from Benedict Cumberbatch as ‘John Harrison’, a character that is never what he seems to be. Cumberbatch envelopes himself into the role with relish and zeal, exploring a type of character that the “Sherlock” star has rarely been able to portray, commanding the screen through his rouge and brash activities combined with a undeniable charm and intelligence.  With his performance here, Cumberbatch’s character easily becomes one of the best Star Trek villains in the history of the franchise.

The film looks fantastic, solar flares and all, as J.J. Abrams seems to be getting better with his ability to stage and film action sequences with each subsequent film he directs. The pacing is brisk and well presented as the 2 hour 15 minute run time never feels long in the tooth at any moment. The film also packs a punch as there are many instances for Pine and Cumberbatch to show off their fight training with gusto. 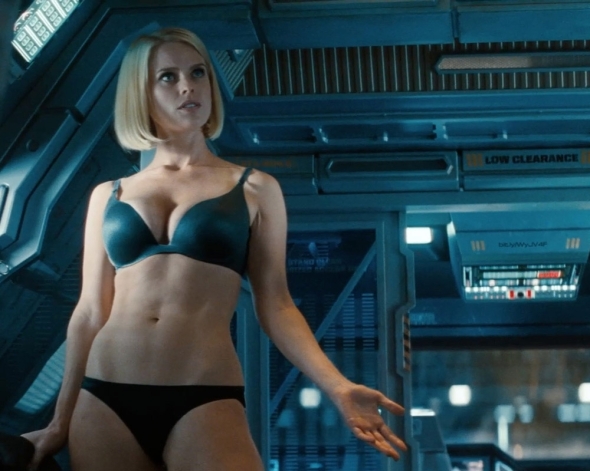 Star Trek Into Darkness looks primed to fight Iron Man 3 for box office domination and the film should easily take the top spot. In fact with the immense re-watchability of the film with the earnest likeable characters and the engaging story, the film should be pulling in the cash for weeks to come. And being one heck of a thrill ride, Star Trek Into Darkness deserves every penny it gets.