Starting this weekend at the TIFF Bell Lightbox and running through January 3rd with the retrospective program Spirited Away: The Films of Studio Ghibli. The expansive 18 film showcase covers the almost the entire lineup of Ghibli films and even boasts screenings of the rarely seen in Canada masterpiece Grave of the Firelflies. END_OF_DOCUMENT_TOKEN_TO_BE_REPLACED 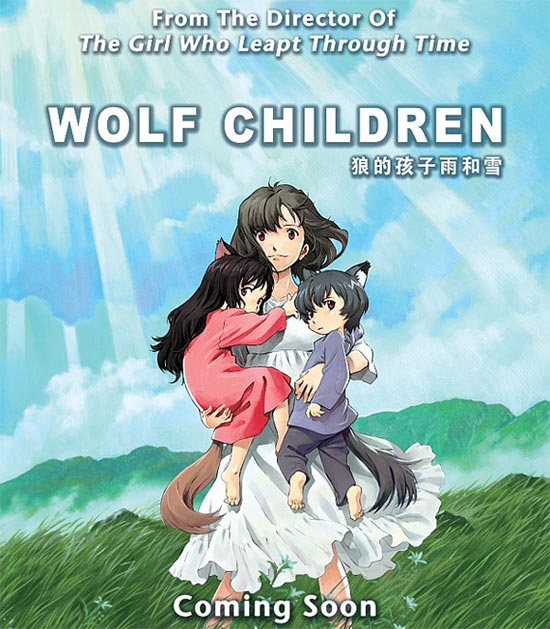 Considered by many in Japan as the heir apparent to the anime crown currently adorning the master animator Hayao Miyazaki, director Hosoda delivers a fairy tale/fable with a very sophisticated and adult message, Wolf Children. An anime master in his own right, Hosoda shows off classic hand drawn characters on sophisticated backgrounds in a coming of age story with a very worthwhile message at its core. But how will Wolf Children measure up to the classic Miyazaki fare like Princess Mononoke, Ponyo and Spirited Away?