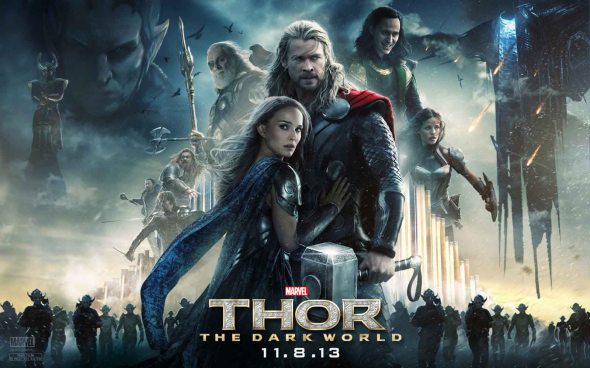 Marvel’s “Thor: The Dark World” continues the big-screen adventures of Thor (Chris Hemsworth) as he battles to save Earth and all the Nine Realms from a shadowy enemy that predates the universe itself.  In the aftermath of “Thor” and “Marvel’s The Avengers,” Thor fights to restore order across the cosmos. But an ancient race, the Dark Elves, led by the vengeful Malekith (Christopher Eccleston) returns to plunge the universe back into darkness. To defeat an enemy that even Odin (Anthony Hopkins) and Asgard cannot withstand, Thor sets upon his most dangerous and personal journey yet, forced into an alliance with his treacherous brother Loki (Tom Hiddleston) to save not only his people and those he loves, but our universe itself. 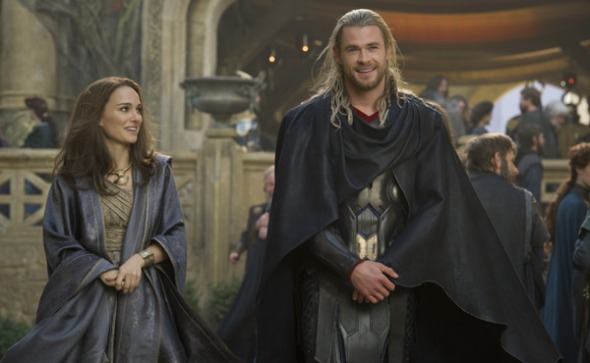 Also starring the returning  Natalie Portman, Stellan Skarsgård, Idris Elba, Kat Dennings, Ray Stevenson, Tadanobu Asano, Jaimie Alexander and Rene Russo, “Thor: The Dark World” is directed by Alan Taylor, a TV veteran who most recently cut his teeth on a handful of Game of Thrones episodes. But what Taylor does that separates this film from “Thor” director Kenneth Branagh is lose the more mythological aspects of the Thor Norse legend and focus more on the Marvel aspects of the character. The introduction of the Nine Realms is one of the aspects of the Marvel Universe that fans have been waiting to see introduced as it plays heavily into the further events after the Avenger’s encounter with Ultron.

As much as Thor is an integral piece to setting up the rest of Marvel’s Phase 2 film series, and even Phase 3, it also remains a fun and action packed sequel to the original escapades of the Norse god. The second film, like Iron Man 3, picks up after the events of Marvel’s Avengers and the events in New York with Loki being escorted to his prison cell and Thor battling across the Nine Realms to restore peace. The film brings back Natalie Portman’s Jane, perturbed she missed the events in New York, who is adequate in the film, but also brings back the scene stealing adorableness of Kat Dennings’ Darcy as Jane’s assistant. Dennings may be infrequent through the movie, but she steals most of the scenes she is in with her sardonic wit. 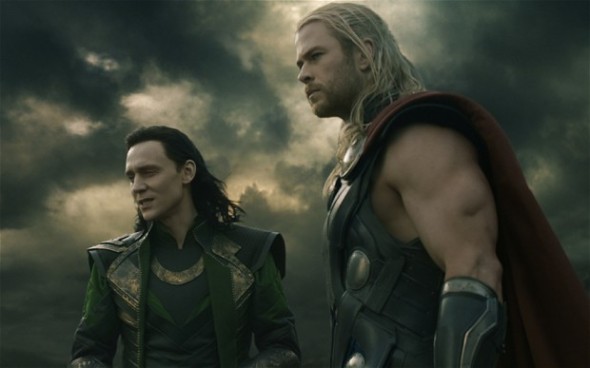 By now Hemsworth has settled into the role of Thor quite snugly, but as good as he may be its Hiddleston’s Loki that is the star of the show. Hiddleston has managed to embody Loki such an all-encompassing manner that it’s virtually impossible to see anyone else in the role. And Hiddleston delivers again in Thor: The Dark World, his manipulations and banter with Thor are excellent and Hiddleston has a twinkle in the corner of his eye throughout the entire film. It’s no surprise to find out after that all the re-shoots associated with the film were to add more Loki material into the film. We also say a poignant farewell to one character thanks to the deliciously villainous Malekith, a great turn from a barely recognizable Eccleston.

Whedon’s fingerprints on the film are evident in the cross over aspects of the film and the humor as a lot of the comedic notes are very much in his tone. The lighter parts of the film are very welcome as humor does fit the Thor character very well. The film also happens to feature one of the funniest cameos of the year from one of Thor’s old friends. It also packs not one but 2 credit stingers, much like the Avenger’s, one that will impact all the films going forward, and one just for fun. 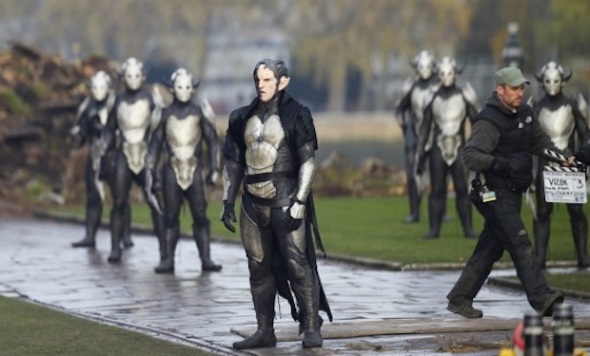 Thor: The Dark World infuses more laughs and action than its predecessor, and manages to surpass it in almost every way,  as well as paving a sumptuous road ahead for the continuance of Marvel’s Phase 2 of films leading into “Marvel’s The Avengers: The Age of Ultron”. Fans of the first film will not be disappointed.