‘In a World…..’ is a great directorial debut from star Lake Bell

New in Canadian theaters this weekend is the new romantic comedy from first time director/writer Lake Bell, In a World… The film marks a large step forward for the gorgeous actress known mainly for her roles in “Children’s Hospital” and “How to make it in America” as Lake Bell is putting all her cards on the table here, and the gamble pays off.

Written and Directed by Lake Bell.

Carol (Bell), an underachieving vocal coach, is motivated by her father (Melamed) the king of movie-trailer voice-overs, to pursue her aspirations of becoming a voiceover star. But when her success starts to interfere with the hopes Sam has for his protégé Gustav (Marino), unbeknownst to Sam, they become rivals. Carol moves in with her sister Dani (Watkins) and her husband (Corddry) who with the help of producer Loius (Martin), who is enamored with Carol, help her succeed amidst pride, sexism and family dysfunction. 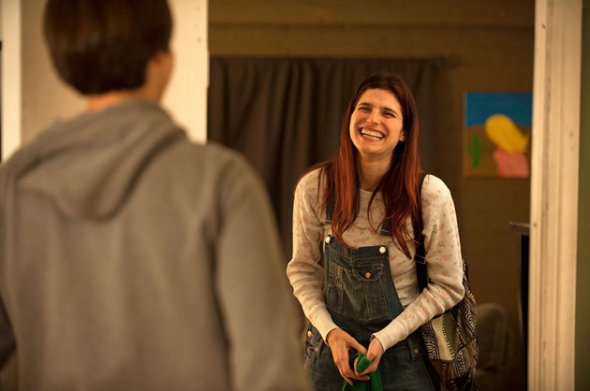 In a World is one of those unique rarities that we see perhaps once or twice a year if we are lucky, among the glut of unfunny and uninspired female driven comedies (ie ‘Chick Flicks’ like “The Heat”) we get a smart and well written comedy that can appeal equally to all audiences. Lake Bell’s script is intelligent and original; set in the unique world of voice over work, Bell has managed to find a fascinating niche of the Hollywood scene that is rarely, if ever, been explored on screen before. The characters are whip smart and fully developed as Bell manages to execute complete characters without withdrawing to broad comedy stereotypes for cheap laughs. All the actors are solid here, Bell and her on screen sister Watkins stand out with particularly excellent work and Corddry delivers one of his most complete performances in his career. Melamed is strong as the self-conscious and paranoid Sam who is afraid of losing his place in the hierarchy and one of the more surprising turns belongs to Holden whose character could have easily gone the cookie cutter route but easily becomes one of the more intriguing and layered character s in the film.

The production is pretty low key and lower budget, but it adds to the overall charm to the film. Not all the gags in the film work and Bell’s character makes one very bad decision mid-way through the film that plays out with very little consequence, though it carries a level of reality in the way that it does. The less seen spotlight on the working man’s Hollywood and the people who toil in the background is a welcome and interesting hook that is very satisfying. It actually shrinks the entire community down to a smaller and more intimate environment that benefits the smaller feel of the production as a whole. The story also features a very realistic and awkward romance between Bell and Martin that plays out with real issues and goofy situations that lead to a very satisfying conclusion. 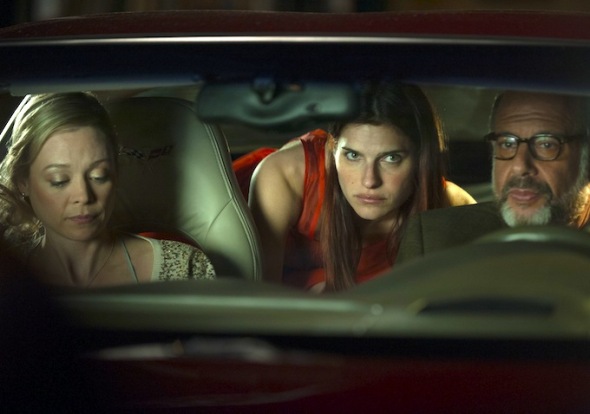 Bound to be one of the more original and unique settings for a new comedy this year, Lake Bell’s exploration of the voice over acting profession in the aptly titled In a World is a delightful, lighthearted romp that is the perfect escape from the muggy and humid summer haze. Bell emerges as a talented and multifaceted filmmaker that is definitely worth keeping an eye on for future product, she is definitely a lot more than just another beautiful face.

This entry was posted on August 14, 2013 by moviejunkieto. It was filed under Reviews, Theatrical and was tagged with Alexandra Holden, Demetri Martin, Fred Melamed, In a World…., Ken Marino, Lake Bell, Michaela Watkins, Nick Offerman, Rob Corddry, Tig Notaro.