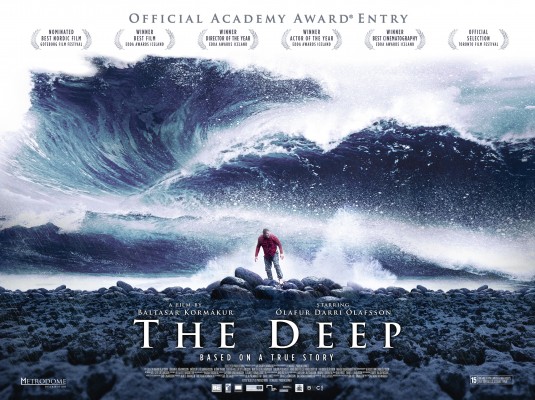 Starting this weekend at the TIFF Bell Lightbox is the critically acclaimed Icelandic film that made the Oscar shortlist for best foreign language film at last year’s ceremony, “The Deep”. The film comes from director Baltasar Kormákur, the director of the Mark Whalberg starring “Contraband” and “2 Guns” and features a stellar lead performance from one of Iceland’s best actors, Ólafur Darri Ólafsson.

In 1984, a fishing boat goes down miles off the coast of Iceland’s Westman Islands in some of the most forbidding seas on the planet, leaving the fishermen at the mercy of frigid and turbulent waters. Miraculously, one of the crew Gulli (Ólafsson) manages to survive,