Starting today at the TIFF Bell Lightbox and running through the rest of the summer is the new series based on the resurgence of the raunchy American comedy that was launched back in the 70’s by the now classic National Lampoon’s Animal House, ‘TOGA! The Reinvention of American Comedy’. Filled with special guests and screenings, the series promises to be one of the most hilarious set of films the Lightbox has managed to group together.

TOGA! The Reinvention of American Comedy

In 1978 a film was launched into theaters that combined the growing movement of improv comedy, the likes of Saturday Night Live and comedy troupes like the Groundlings, emerging director John Landis and the National Lampoon humor magazine entitled National Lampoon’s Animal House. The film went on to shatter box-office records and drag R-rated comedy from its b-movie drive in origins into the mainstream. The film also made “Toga! Toga!” into a generational rallying cry and served as inspiration for many a college drinking night. This film series will screen 27 rude, crude and brilliant movies that changed the face of modern American comedy, all of which owe at least in part a huge debt to Landis’ ground-breaking comedy. 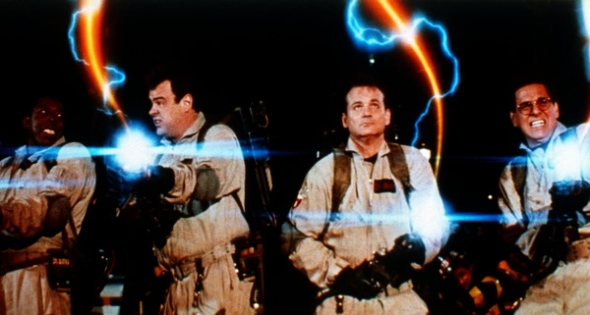 Highlights of the series include an Animal House Reunion on July 18th that will bring together producer Ivan Reitman, director Landis and start Peter Riegert, Stephen Furst and Babs herself Martha Smith, for a live reunion on the Lightbox stage and a screening of the classic film. Ivan Reitman will also be around to introduce his classic films Meatballs, Kindergarten Cop, Stripes and Ghostbusters while John Landis will introduce his 1980 classic also starring John Belushi The Blues Brothers. Other can’t miss affairs include Caddyshack, Trading Places, Beverly Hills Cop, Revenge of the Nerds, National Lampoon’s Vacation, Old School, Anchorman, Thank You For Smoking, There’s Something about Mary, The 40 year old Virgin, American Pie and the original The Hangover.

And there’s still more on top of that! Heck, Airplane! didn’t even make that cut. It goes without saying that if the multiplex isn’t providing the laughs this summer, and there have been some abysmal comedies so far this year save a small handful, that the TIFF Bell Lightbox will have many of your tried and true favorites to have you rolling in the aisles.

For more information on the series, check out TIFF’s online schedule.