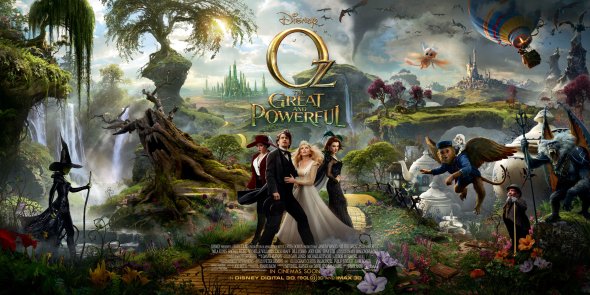 Written by Mitchell Kapner and David Lindsay-Abaire based on the works of L. Frank Baum

When Oscar Diggs (Franco), a travelling circus magician with dubious ethics and results, is hurled away from dusty Kansas to the vibrant Land of Oz, he thinks he’s found his path to fame and fortune. Aboard a hot air balloon Oscar is whisked away in a tornado the same way as Dorothy is after him. After landing in Oz, Oscar meets three witches, Theodora (Kunis), Evanora (Weisz) and Glinda (Williams) END_OF_DOCUMENT_TOKEN_TO_BE_REPLACED