‘Manborg’ blasts his way on to home screens, and brings Bio-cop along with him 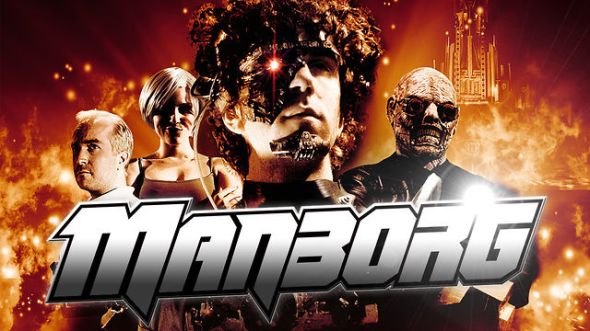 New to DVD from Anchor Bay Entertainment Canada comes the ultimate throwback to the cheesy science fiction of the 1980’s, from the likes of director Charles Band, and the newest from the film making collective that is fast becoming the genre standard for Canadian film, Astron 6, Manborg. Manborg’s retro style and lovingly cheesy effects laden production is refreshing in an age where film effects are striving to become more photorealistic. Director Kostanski revels in throwing his basement made concoctions at the audience and fills his tale with lots of heart and hilarity to boot.

The armies of Hell have taken over the Earth, and all that stands in the way of the villainous Count Draculon and humanity’s total extinction is a motley crew of misfits led by the mighty Manborg: a warrior that’s half-man, half machine, but all hero. Manborg (Kennedy) END_OF_DOCUMENT_TOKEN_TO_BE_REPLACED