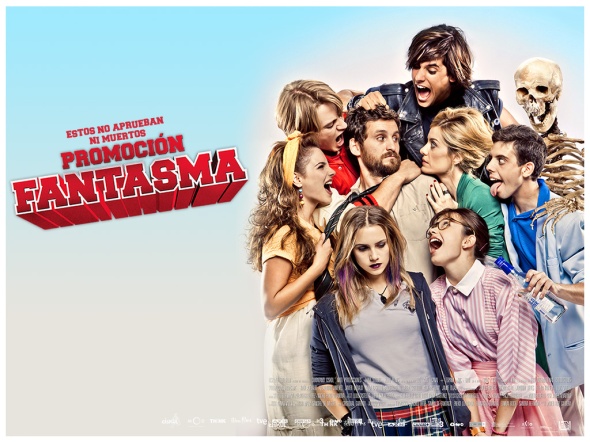 Don’t worry if you are puzzled and scratching your head after reading the headline, most people in the general public outside of its native Spain have not heard of Ghost Graduation. This delightful comedy comes across as a blend of “Ghostbusters”, “ParaNorman” and “The Breakfast Club” and has charmed audiences worldwide. A hit at the 2012 Toronto International Film Festival, the programmers of TIFF brought the film back this year as part of the TIFF Next Wave festival back in February as well. So what is it about this film that has people raving?

The introverted Modesto (Arévalo) is an unsuccessful high school teacher who from an early age has been able to see ghosts. But END_OF_DOCUMENT_TOKEN_TO_BE_REPLACED