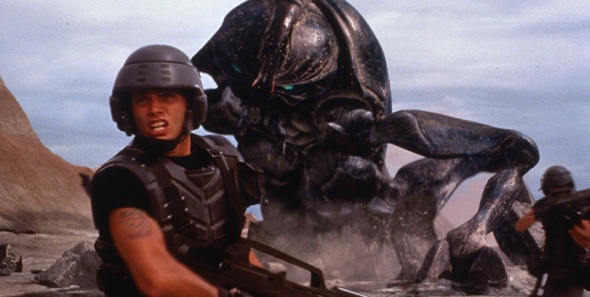 Starting this past Friday, January 24th 2014, and running until April 4th, the TIFF Bell Lightbox is launching another major retrospective series, this time chronicling the career of prolific Dutch directorPaul Verhoeven, entitled Flesh + Blood: The Films of Paul Verhoeven. After making a string of brilliant and bloody films in the Netherlands that had him proclaimed a national hero, Verhoeven was slammed back down to earth with the critical backlash that erupted from his motocross epic Spetters, which ended up with him packing his bags for Hollywood. Verhoeven would soon become the master of action packed excess with such films as Robocop, Total Recall, and the sexually charged thrillerBasic Instinct. But soon the critical backlash would rear its head in Hollywood as well, sending Verhoeven back to his homeland.

This entry was posted on February 5, 2014 by moviejunkieto. It was filed under Reviews, Theatrical and was tagged with Basic Instinct, Paul Verhoeven, Robocop, Showgirls, Soldier in Orange, Starship Troopers, Tiff Bell Lightbox.