Toronto After Dark 2013- Top 5 most anticipated!

Top 5 Most Anticipated film at Toronto After Dark 2013

The Toronto After Dark Film Festival (known lovingly as simply TAD to its many fans) starts tomorrow night, October 17th, at its new home of the Scotiabank Theater in the heart of downtown Toronto. As usual the festival features and eclectic mix of films and here’s the rundown of the 5 most anticipated films on my list as I prepare to partake in as many as I can. You’ll be able to find all the reviews here afterwards, but I will be posting on Dork Shelf and Addicted for the festival as well. This year will also mark the return of the now infamous PUBCasts recorded LIVE from the Pub After Dark parties after the films. Jeff Konopka from the Liberal Dead and I will sit down and discuss topics with film makers, critics and industry types, all over a beer or two! But for now, on to the picks. 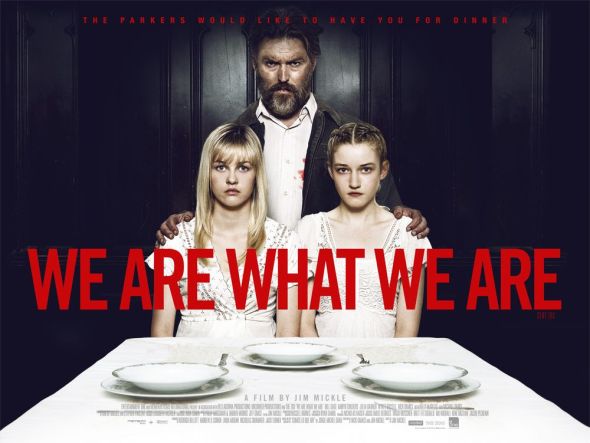 The latest from director Jim Mickle is actually a remake of a 2010 Spanish film of the same name and features a family of cannibals dealing with a death in the family and whether to continue their grisly family tradition. Having not seen the original film I am not sure what to expect heading in but after director Jim Mickle’s last film, the Midnight Madness people’s choice award winner StakeLand, I have a lot of time for the Mickle and his work. Add in the work of Stake Land collaborator Nick Damici both in front and behind the camera and I’m sold. The film won raves at Cannes and Sundance and makes it Toronto Debut at TAD.

Another film garnering raves at festivals across the world, it was a big hit at Fantasia and Dark Bridges this year, The Battery is a different take on the zombie film that has people buzzing. Two former baseball players that make up ‘the battery’ (one pitcher, one catcher) are stuck together as they must face hordes of the undead. The film becomes as much about the two men co-existing as it does the multitudes of walking dead surrounding them at every corner.

What is there to say about Eega? Well the film has killed at Dark Bridges and Fantastic Fest and has left audiences rolling in the aisles with its absurd brilliance. It’s the first full on Bollywood film (musical numbers and all) to play TAD and the story is too insane to believe. After a man is murdered he is reincarnated as a house fly where, with the help of his former girlfriend, he goes to painstaking lengths as a fly to exact his revenge. This film is BEGGING to be seen with the TAD crowd.

Ever since hearing about this Israeli film earlier this year from member of the TAD programming team Christian Burgess I have kept tabs on the film in anticipation that it might make the final TAD cut. This along with my #1 pick are the only films that played at Fantastic Fest, Fantasia AND Frightfest in the UK that made my list, and both were highly touted at all 3 festivals. In fact this gripping crime thriller was recently hailed by Quentin Tarantino as the BEST film of the year.

Those who know me know that I have been talking about Cheap Thrills ever since it won the SXSW Midnighters audience award (previous recipients are the amazing Attack the Block and my #4 movie of the year last year Citadel). The film has garnered strong buzz everywhere it has played and the very dark comedy features one of the more eclectic casts of any film this year including Ethan Embry, David Koechner and TAD alumni (The Innkeepers) Sara Paxton. This film has been on my must see list all year and now I can finally set my eyeballs upon it.

For more information on tickets and all the films visit torontoafterdark.com

Hope to see you After Dark! And come by and say hi at the Office Pub afterwards! I’ll be there most nights.