‘Percy Jackson: Sea of Monsters’ will satisfy fans of the first film

New in theaters today is the sequel to 2010’s “Percy Jackson and the Lightning Theif” which brings back most of the main cast members, minus Pierce Brosnan as Percy’s cedar (half man/half horse) mentor and protector, in another epic tale of Greek gods and their half human offspring in the modern world. This time around Percy and friends end up taking on the ‘Sea of Monsters’, know to humans as the Bermuda Triangle, as they have to save the world all over again.

Written by Marc Guggenheim based on the book by Rick Riordan

Percy Jackson (Lerman), accompanied by his friends Annabeth Chase (Daddario), Clarisse La Rue (Rambin), Grover (Jackson) and Tyson (Smith) his half-brother, goes on a journey in the sea of monsters to retrieve the legendary Golden Fleece and save camp half-blood. The camp has been attacked and the barriers that protect the campers are down thanks to Percy’s rival Luke (Abel), another half-blood and the son of Hermes (Fillion). The adventure takes many dangerous and twisted turns and the nefarious plans of Luke could bring the end of days crashing down on earth in a heartbeat if he succeeds.

Sea of Monsters changes very little in tone and delivery from 2010’s effort, the special effects are solid and script very action packed, but this time around the story focuses more on the kids and shies away from the plethora of stunt casting that populated the first. The pacing is lite and constant as the film flows quite well through the different set pieces of the film, most of which work very well except for the handful that miss the mark, and keeps our heroes focused on the goals in front of them. One in particular that does not work involves three seers who drive a mystical taxicab and share one eyeball between the three of them, it’s a tired and unoriginal slice of comic relief stuck in the middle of the film. The script keeps the quest and journey to get the Golden Fleece front and center from the moment we leave camp, the characters get a brief re-introduction but the film jumps into the action right away as it assumes the viewers will have knowledge of the first film. 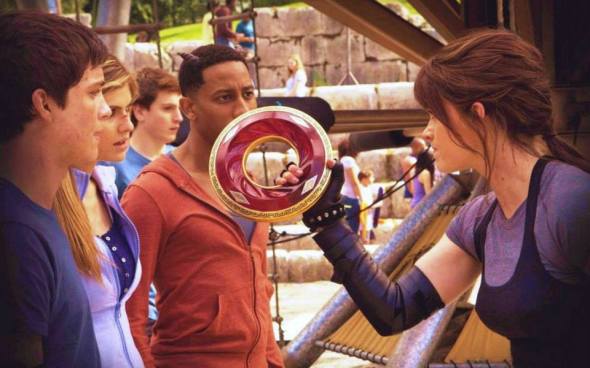 One of the biggest challenges and frankly poorly handled issues in the film is the treatment of Daddario and her character Annabeth. Daddario, now 27 after the 3 year span between films, has a hard time looking the part of a 17/18 year old and the costuming department dress her way down and dye her hair blond (she was her natural brunette in the first) in attempt to make her appearance younger. But the biggest problem with her character is that she has lost all of the spunk and fight that she had in spades in the first film. This time around she is the doting and helpless cheerleader as Rambin’s Clarice gets to be the tough girl. It’s a sad outcome for a solid female character.

The cast does decent enough work here, but while the film is fun and fast paced there isn’t a lot of heavy lifting acting wise. While the changes to Daddario’s character are disappointing, the addition of Rambin is a solid choice as her turn as Glimmer in the “Hunger Games” seems to have her well suited to take over the tough girl role. The best of the bunch may just be Abel as the villain Luke, he seems to relish the character and the dark turn he has taken this time around. The substitution of Head for Brosnan as Chiron is of little impact in the end as Head is given very little to do, and the addition of Tucci is also minimal as his Mr D is not much more than a glorified cameo. But Fillion shines in his small role as he chews massive scenery every second he is on screen, even making a hilarious jab at one of his older characters from his repertoire along the way. 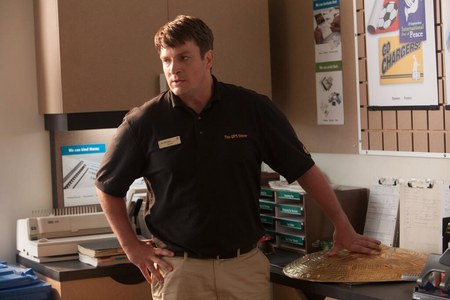 Fans of the original Percy Jackson should enjoy the film, the tone and look are very similar between both films and the effects and stunt work are very solid as well. In the end Percy Jackson: Sea of Monsters does just enough to satisfy summer audiences and though there may be better options in theaters Percy is far from the worst choice you could make this week at the box office.