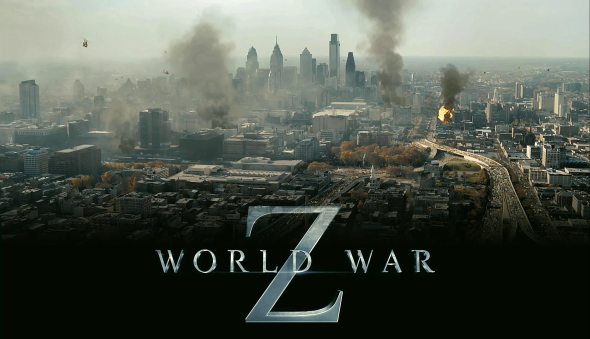 Brad Pitt teams with director Marc Forster to bring to life the Max Brooks novel “World War Z” to the big screen, at least in title. The film script bears little resemblance to the flashback laden, post war accounts that make up the book, and the infected ‘zombies’ here exhibit a pack mentality and bare a closer resemblance to the rage infected victims of “28 Days Later” than anything George Romero has ever created.

Based on the book by Max Brooks

After barely escaping New Jersey alive after a daring rooftop helicopter rescue, former United Nations employee Gerry Lane (Pitt) traverses the world on behest of his former employers to stop a Zombie pandemic that is toppling armies and governments and threatening to decimate humanity itself.