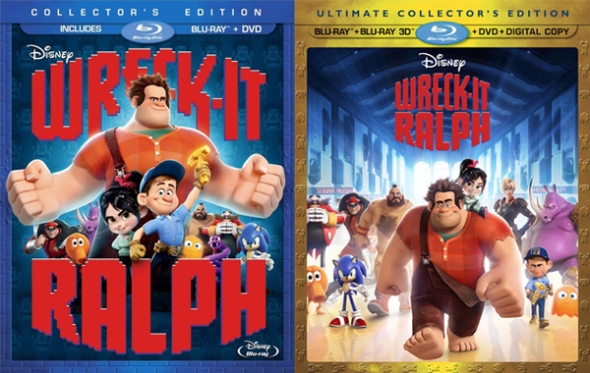 New to DVD and Blu-Ray from Disney Home Entertainment is the Oscar nominatedanimated feature film Wreck-It Ralph. The classic 8-bit video game inspired film was a smash hit when it was released in theaters last year and proved to be one of the front runners in one of the best years for animated feature films in a long time. Featuring a smorgasbord of cameos from famous classic video game characters and the newest and possibly most adorable ‘Disney Princess’ to date, the only question that remains is how awesome will the film transfer to home video.

For decades, Ralph (Reilly) has played the bad guy in his popular video game. The main villain in the game ‘Fix-It Felix’, Ralph has been thrown off the top of a building