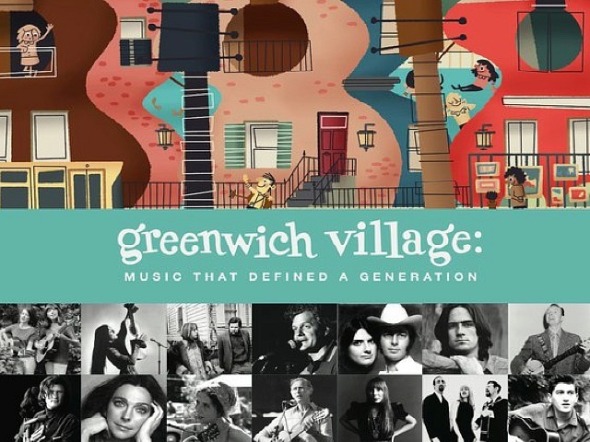 Starting today, Mar 8 2013, at the Bloor Hot Docs Cinema is the new documentary focusing on the politically charged singer songwriters of the 1960’s and early 1970’s that called Greenwich Village home, “Greenwich Village: Music that Defined a Generation”. The epicenter of the folk music movement of the 60’s, hundreds of acts grew from the streets of Greenwich to conquer the world. Director Laura Archibald is clearly a large fan and enamored of these artists and their achievements as the entire tale is seen form the one side that is the artist’s themselves.

Written by Laura Archibald, Rob Lindsay and Kevin Wallis based on the novel by Suzie Rotolo

In the 1960s and early 1970s, Greenwich Village attracted numerous artists and activists. This creative and politically