`Diary of a Wimpy Kid: Dog Days` fails to rouse from mediocrity on blu-ray 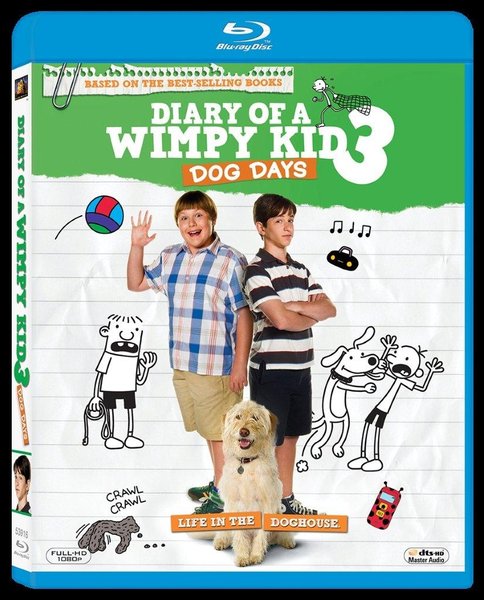 Back for their third outing are Greg, Rowley, Fregley, Greg’s brother Rodrick and the rest of the family for Dairy of a Wimpy Kid: Dog Days. The new release from Fox Home Entertainment is aimed squarely at the teen and preteen set, focusing on physical humor and teaching a lesson or two. But is there enough in the film for the entire family?

School’s out and Greg (Gordon) is looking forward to enjoying the best summer of all time.  But when his dad (Zahn) decides that some father-son bonding is in order, directly opposing Greg’s plans for video games and hanging