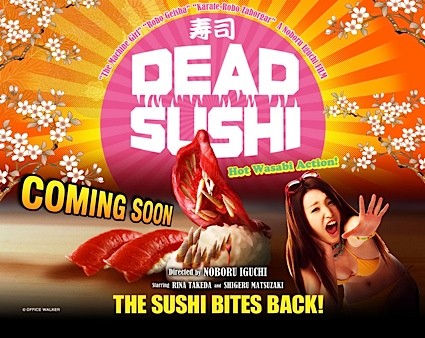 Continuing a long tradition of Japanese splatter films at Toronto After Dark – past years have also brought us Tokyo Gore Police, RoboGeisha and Vampire Girl vs Frankenstein Girl – we were treated to Noboru Iguchi’s Dead Sushi for the 2012 edition of the festival. One of Iguchi’s first films outside of the Sushi Typhoon label since that company launched, Dead Sushi has been hailed as a fun romp that returns Iguchi back to the form of Machine Girl, the film that helped launch Typhoon in the first place.