Hello All. Jeff Konopka and I have a bonus surprise for you guys!! We have a live podcast straight from the Pauper’s Pub at Pub After Dark at Toronto After Dark Film Festival. You’ll get a great taste of what a Pub After Dark is really like with all sorts of fantastic guests. You’ll get to hear from the Directors and Cast members of the films Resolution, Crave, Eviction and Game of Werewolves. Plus other pub goers and fellow bloggers alike. THIS IS A HELL OF A FUN LISTEN! Enjoy 🙂

And a Couple of Pics to Enjoy! 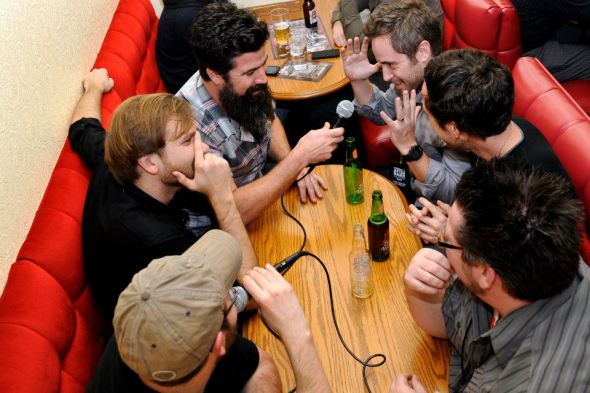